Brian Gray of the Sunday Spy Show talks to us about his London Spy Tours and much much more!

Spy Tours are becoming very popular with spy aficionados, both with those who enjoy the fictional spy books of James Bond or Tom Clancy right through to impressive non fiction spy writing from the likes of Nigel West and Ben MacIntyre.

Many of us want to check out the locations (either real or fictional) of brush passes, dead drops, assassination by poison umbrellas or tea laced with polonium, interrogations, arrests, chases. KGB signal sites etc

Spy museums are also becoming popular, the two that immediately spring to mind are the German Spy Museum in Berlin and our friends at the International Spy Museum in Washington DC. (Both come highly Spybrary recommended.) Next year NYC joins the spy tour fray with Spyscape but more on that in another episode.

In this edition of the Spybrary Spy Podcast, we get to spend an hour with Brian Gray of the Sunday Spy Show. Not only is Brian an expert on espionage and the security services, he also offers London Spy Tours including the epic (my word not his) Intelligence Trail billed as ‘The In-depth London Spy Tour.' 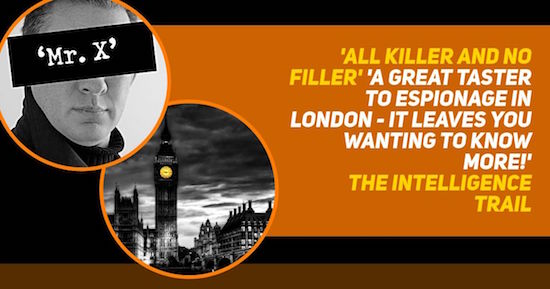 ‘The ‘Trail offers the most comprehensive content-rich introduction to the shadow world of Britain’s main intelligence services – MI5, MI6, and GCHQ – on the streets of London, in key locations associated with the spy world throughout the decades.

Whether you’re London-based or coming from afar, if you’re wanting to discover the real triumphs and tragedies, and the trials and tribulations surrounding MI5 and MI6 through the years on the streets of central London – you’ve come to the right place.'

In this episode of Spybrary:

And Much Much More…so much more that we had to split the interview into two parts! Brian will be back to share with us his thoughts on the challenges facing MI5 and MI6. Shane cheekily asks him what he would do if he locked Brian in a room with Kim Philby or George Blake. Stay tuned for that one.!

They all gave the Intelligence Trail 5 stars and agree that Brian's London Spy Tours are all killer and no filler. Check out the Tripadvisor reviews if you are intrigued and interested in going on the tour.

If you enjoy chatting spy books and spy movies, or have a question or point of interest on London Spy Tours come and join our private Spybrary Facebook Group.

Apologies, I said on the podcast Robert Vaughn was studying for a Masters but it was for a Ph.D ‘McCarthyism and the Theatre.' Mr Vaughan appeared on Firing Line and schooled William F Buckley on Vietnam

The Intelligence Game: The Illusion and Delusions of International Espionage

In Defence of the Realm?: Case for Accountable Security Services by Richard Norton-Taylor –

Truth is a Difficult Concept: Inside the Scott Inquiry (A Guardian book) by Richard Norton-Taylor & Mark Lloyd

The Man From U.N.C.L.E remake

DISCLAIMER:
Books and some links will earn Spybrary a small commission. Any funds raised will be lovingly spent on a brand new Aston Martin…sorry I mean will go towards the costs of the podcast 🙂

The Intelligence Trail – News just in for spy tourists (and not the sort that visit Salisbury.) 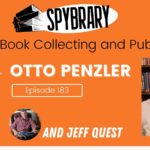 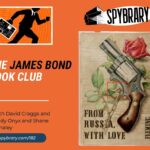 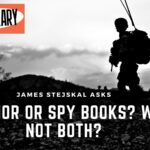