On this episode of the Spybrary Spy Podcast we host a round table discussion on the novels of Helen MacInnes.

Spybrary Host Shane Whaley is joined on this Round Table episode by author and screenwriter Merle Nygate and spy fan Alice Dryden.

The 3 Spybrarians talk about the Helen MacInnes spy novels they have read and whether they recommend them for Spybrarians.

Author of Kiss Kiss Bang Bang (a book that every Spybrarian should own) Mike Ripley was also kind enough to send us his thoughts on the work of Helen MacInnes.

When I was writing Kiss Kiss Bang Bang I was very conscious of the lack of female writers included. Yes, there were a few notable names, but not, it seemed, enough. I rationalised this by pointing out that in the period I was looking at (predominantly the 1960s), female writers were the ones doing interesting things with the detective story rather than the spy story (think P.D. James, think Ruth Rendell) and the one who could be (and was) called “the queen of spy writers” – Helen MacInnes – was already an established bestseller before my ‘reader’s history’ began, in 1953. When it came to females in the world of spy-fi, I quoted Professor B.J. Rahn: “Helen MacInnes was always flying solo.”

In my not-so-humble opinion, her best work was her earliest. Above Suspicion (1941) is a journey through Europe on the eve of WWII and could and should have been filmed by Hitchcock. I think it was bettered by her second novel, the wartime Assignment in Brittany (1942), which is probably my favourite. Given the context of when these novels were written, I would recommend them as a starting point as at times, it seems as if MacInnes was reporting ‘from the front line’ – even though she was 3000 miles away from it in America.

I have also acquired, though not yet read, another of her WWII thrillers, The Unconquerable (1944), which was known in the U.S. as While We Still Live, set in Poland in September 1939, which was not a good time to be in Poland.

Moving from world war to Cold War, I would recommend The Venetian Affair (1964), but then I’m a sucker for most things set in Venice, but I would advise caution when it comes to I And My True Love which was published in 1953, the same year as Casino Royale, though that’s the only thing they have in common. It is very much a love story rather than a thriller, and whilst the atmosphere of paranoia in Washington DC about anything vaguely communist from behind the Iron Curtain is caught very well, the story lacks suspense and jeopardy and, I think, is one of her weaker books.

Newcomers to her work  will find them long, and strong on character rather than action, but few should be left in any doubt that the lady could write and she was, in her heyday compared to Eric Ambler and Graham Greene. One writer, a world away in style and content, who admired her was Alistair Maclean, who in 1970 praised her as “totally original. No-one writing today creates more realistic, more credible characters than she does”.

KISS KISS BANG BANG NEWS – Shane asked Mike what was planned for the paperback version which is published on March 21st. Sounds like it is chock full of updates, Spybrarians get your credit cards ready…

The paperback of KK-BB (known in-house as Little Kiss Little Bang) will contain material on at least 20 authors not covered before, updates on surviving authors, snippets of gossip which have been volunteered by readers, a few new illustrations, and the correction of one howler concerning Len Deighton (by Len Deighton!)

Helen MacInnes Books mentioned on this episode of Spybrary

Check out our interview with Merle Nygate, author of The Righteous Spy

Listen to our interview with author Mike Ripley.

Come and join our thriving Spybrary Discussion Group over on Facebook! Over 1000 of us chat and discuss spy books, movies and tv in a safe fun environment.

If you enjoyed today's episode of the Spybrary Spy Podcast please do consider becoming a Spybrary Patreon Supporter. 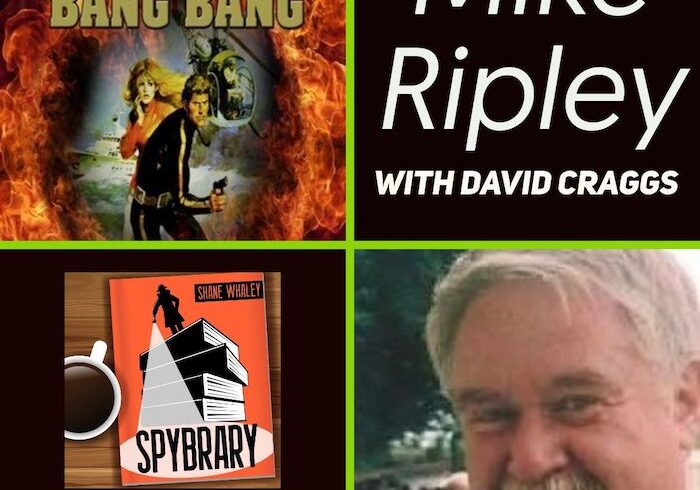 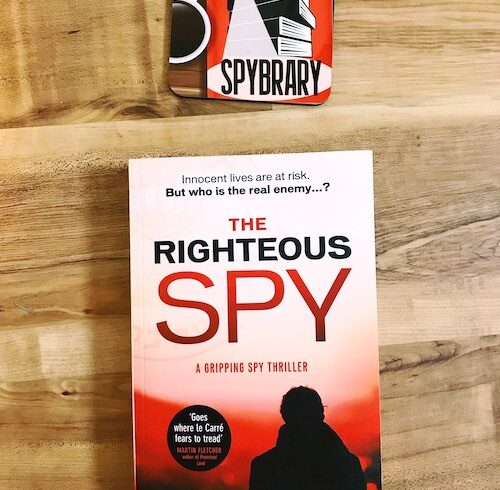