A False Flag – A Review of The Naive and Sentimental Lover by John le Carre.

This review was expertly written and published over at our Spybrary listeners Facebook Group. I know many of our listeners are not Facebook members so wanted to share this review here. I also acknowledge that the Naive and Sentimental Lover is not a spy story, in fact, its an oddity in the le Carre canon hence sharing it here on Spybrary.

I came to the book with limited knowledge and lows expectations. Like most people, The Naïve and Sentimental Lover was the one that I knew as the one that “isn’t a novel of spies or suspense, and generally not very good either”, that is was about a businessman who whimsically lives a double life away from his wife, and being emotionally, if not physically involved with both members of an artistic couple who live a Bohemian lifestyle. Even its Wikipedia entry is just a stump.

I chose to read The Naive and Sentimental Lover now as I realised that I had read every one of Le Carré’s other novels save this and A Most Wanted Man and I wanted to complete reading his novels with a spy one. 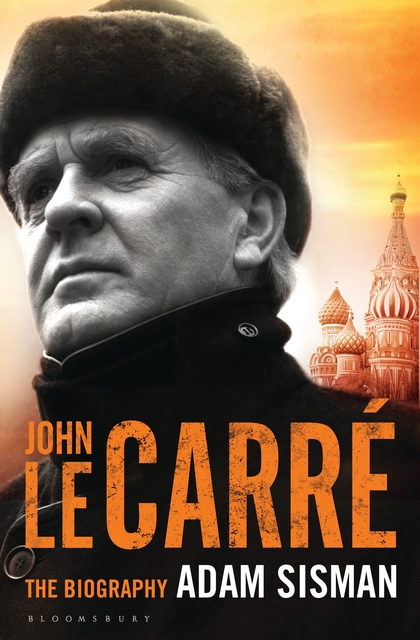 To properly appreciate The Naïve and Sentimental Lover I would probably recommend reading Adam Sisman’s John Le Carré: The Biography, Le Carré’s own The Pigeon Tunnel and some of his more autobiographical novels such as A Perfect Spy first. It’s main selling point is, if you are into Le Carré, as a point of interest as to where he was in his life at the time and spotting the traits it shares with his other works.

Of all his books the two that are most useful to compare The Naïve and Sentimental Lover to are its immediate successor, Tinker, Tailor, Soldier, Spy, and his later work, A Perfect Spy. There are a lot of familiar Le Carré hallmarks. The title character, Aldo Cassidy, is successful but slightly crippled by convention and gets drawn into another life. His father, old Hugo, is both an ex-vicar and claims to be an ex-MP, but is someone who Cassidy has a deeply awkward relationship with and who has been, if not financially dishonest in the past, then certainly financially unreliable. Hugo has as much difficulty acknowledging his son’s success as an inventor and businessman as he has admitting his own failures. There are clear parallels with Rick T Pym and Ronnie Cornwell. Similarly, Aldo’s mother left him and Hugo when Aldo was very young and by his own admission means that he feels very detached from women and unable to relate to them.

Cassidy is a product of the English establishment whilst not quite accepted due to his father’s financial failings and his own self-made nature, and a product of public school – a success despite his teachers not having much hope for him when he was there. In this case, Cassidy attended Sherbourne, rather than Eton or the fictional Carne. Seamus is the chaotic, creative agent of fate that brings Cassidy into this other world and Helen is the woman that Cassidy craves, whilst also being attracted to Seamus. Like Magnus Pym, something gives in Cassidy and he is compelled to run away and live this alternative life. Pym tries to live two espionage lives, double crossing both in the end when they collapse whereas Aldo Cassidy tries to live two incompatible lifestyles.

From a real life perspective, Aldo’s journey shadows Le Carré’s own relationship with James and Susan Kennaway as well as the difficulties his marriage was in at the time. Indeed Seamus’s literary career follows the same path as James Kennaway’s.

There are also striking similarities between the Naive and Sentimental Lover and Tinker, Tailor, insofar as Le Carré does a superb job of capturing that era of stewed tea, disappointing bistros, underheated rooms and decline of British prestige, however the feeling that the reader is left with visiting these worlds is remarkably different. With Tinker, Tailor, despite its sense of British decline and decay you are happy to revisit it like putting on an old jumper, whereas Naïve and Sentimental Lover leaves you feeling somewhat grateful to return to the modern world. The politics feel naïve, the dinner parties are a bit trying. Cassidy’s firm sounds as clueless as many British businesses of the Seventies now seem – Consumed with prestige, sales and trade shows to impress the Continent and not addressing costs, quality and manufacturing. Tinker, Tailor, feels period but quite a comfortable place to revisit and its plot of high treachery feels eternally relevant and while it inhabits a small, secret world behind the scenes its events feel they could shake governments. With its plot of a superficially successful marriage coming under strain by apparent social changes, The Naive and Sentimental Lover doesn’t, but instead feels parochial and very much of the past and pointing towards a future that didn’t quite happen. It feels quite dated compared to the spy novels in both plot and attitude and decidedly left behind.

There is also a feeling throughout the book of “the trouble with women is that they don’t understand *me* and if only I could find my Helen I would be OK” and you feel like giving the book a bit of a shake and telling it that it’s not the women who have the problem.

There are also a few things that feel a little fanciful, such as Cassidy having both the unlimited funds from his company to cover the indulgences he affords himself whilst others worry about the bottom line, as well as his wife and his co-workers affording him the time to just run off on whims. Cassidy might be the managing director and shareholder, but he is also the brain behind the products that make his firm a success, the ultimate decision maker and the keeper of the peace between the different factions in his firm. It is hard to gauge what would be more noticed by its absence, Cassidy himself or Cassidy’s money but they would be missed. It is understandable why Cassidy might be drawn in by Seamus and Helen, but far harder to see why they might be attracted to this somewhat stiff businessman who wants to hang out with them but won’t quite loosen up. Similarly, Cassidy’s assertion that he’s still successfully trading as a manufacturer because “the Japanese tried to copy it (Cassidy’s main product) but couldn’t work it out” seems implausible.

The Naive and Sentimental Lover feels like something that had been building up in Le Carré for a long while and he needed to get out into the world regardless of how it would be received, a last youthful fling at being experimental with both his writing and in life in general, being part of the Age of Aquarius and attempting to escape his Englishness, before being forced to snap back and be fully adult and serious about writing with Tinker, Tailor,. I suspect that his later novels are better as espionage novels for Le Carré getting the Naïve and Sentimental Lover out of his system, enabling him to focus more on his characters as spies and the mechanics of espionage plots with them rather than raging against social frustrations.

On the plus side the plot is better paced than expected and events feel relevant to the story rather than drifting and being as indulgent as I feared. There is emotional baggage but less than anticipated. Cassidy feels a bit light and I find Seamus somewhat more unpleasant than maybe Le Carré intended but otherwise the characters are as well drawn here as anywhere. The final confrontation between Cassidy and Seamus is initially very tense before becoming amusing as the two lives overlap and Seamus finds himself out of his depth as well. Le Carré gives us a false ending that feels like the obvious direction for the book to go before choosing to head to in a different one.

Overall it feels like Le Carré is making a clear early effort at dealing with his sense of artistic freedom, relationships, his father, and other issues that would ultimately be concluded successfully with A Perfect Spy but falling short. I am reminded of a radio interview Le Carré once gave where he explained that he had never been able to fully address his relationship with his father as a book prior to A Perfect Spy as “it would always come out as a bit of a whinge” and that he eventually realised he could only make it work by “making the son worse than the father”, which is what he finally did.

If asked to summarise the experience of reading The Naïve and Sentimental Lover, I would describe it as a very early, and not ultimately successful, attempt at the elements of A Perfect Spy, with no espionage and having to eat a lot of Turkish Delight or some other perfumed delicacy you can have too much of – Of most interest to Le Carré devotees who might be interested in where his life was at the time and plotting the evolution of his style and themes, little to interest the spy fan. It is really odd to realise that it is of most interest as a bit of literary archaeology in a long and successful career rather than in its own right.

Whilst I am glad I have read it, once really feels enough and I don’t see myself running back to The Naïve and Sentimental Lover in the future. One to borrow and not to buy.