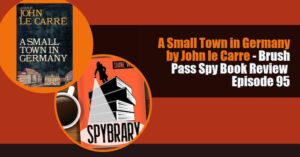 A Small Town in Germany by John le Carre Writer and Spybrary Spy Podcast listener Andy Onyx gives you his thoughts on A Small Town In Germany written by John le Carre in a quick and easy Brush Pass review. Brush Pass - a quick review from Spybrary listeners on the books they love (and hate!) Brush Pass reviews are not literary criticism. Imagine telling a friend about a book you … END_OF_DOCUMENT_TOKEN_TO_BE_REPLACED 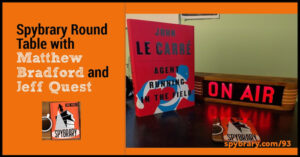 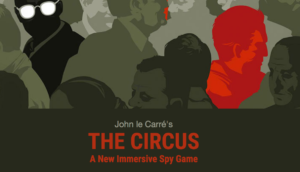 Could you make the cut as a Cold War Spy?       Spybrary Spy Podcast Listener Clarissa Aykroyd reviews her experience of John le Carre's The Circus, a new immersive spy game in London.   On Sunday, 9 September I took part in ‘John le Carré’s The Circus’, a real-life spy game devised by Fire Hazard Games and played in central London. Le Carré fans were … END_OF_DOCUMENT_TOKEN_TO_BE_REPLACED 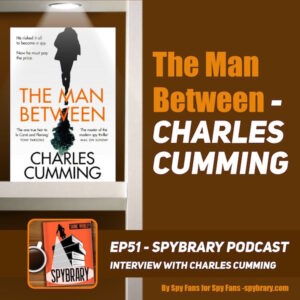 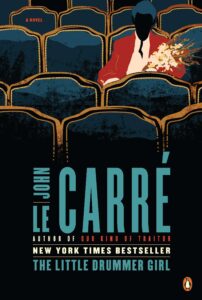 Transmission received from Spybrarian Matthew Kresal: Review of The Little Drummer Girl by John le Carre. One of the familiar tropes of the spy genre is an intelligence agency recruiting a civilian into an operation. In fact, one might even say it's become a cliche at this point. So perhaps it comes as something of a surprise that widely acknowledged master of the genre John le Carré wrote such … END_OF_DOCUMENT_TOKEN_TO_BE_REPLACED 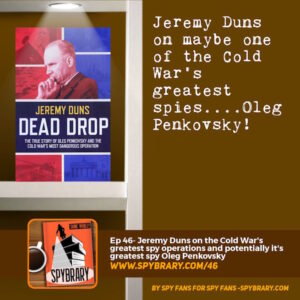 The True Story of Oleg Penkovsky with Author Jeremy Duns   Thrilling, evocative and hugely controversial, Codename: Hero blows apart the myths surrounding one of the Cold War's greatest spy operations and potentially it's greatest spy Oleg Penkovsky   In the late 1950s the USSR appeared to be winning the arms race: their 1949 nuclear test  signaled a direct … END_OF_DOCUMENT_TOKEN_TO_BE_REPLACED 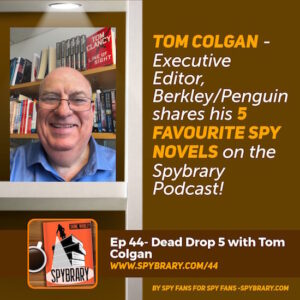 Tom Colgan is our special guest on episode 44 of the Spybary Spy Podcast with host Shane Whaley Tom is an Editorial Director of Berkley Books which is an imprint of Penguin Random House. Over a thirty year (actually 33 but who's counting?) publishing career he has worked with many authors including Tom Clancy, Mark Greaney and Janet Evanovich. He's edited numerous books that have been … END_OF_DOCUMENT_TOKEN_TO_BE_REPLACED