On this episode of the Spybrary Spy Podcast, Shane Whaley hosts a round table discussion on the life and books of spy writer Frederick Forsyth.

Author and spy, yes spy, Frederick Forsyth has been writing for over 50 years. The former Reuters man is best known for his debut novel ‘Day of the Jackal' as well as The Odessa File, The Dogs of War and The Fourth Protocol. He has written almost 30 books with a new novel The Fox due out later in 2018.

Shane is joined by Tom from the Literary 007 website and writer David Holman. Think of this episode as a primer on Fredrick Forsyth as it is impossible to do justice to a master storyteller who has been writing for almost 50 years.  On this round panel we discuss:

If you enjoy the Spybrary Spy Podcast please consider supporting us on Patreon.

We hope you will enjoy this round table discussion on the Spybrary Spy Podcast. If you want to continue the conversation about Frederick Forsyth then please do consider joining fellow spy fans on our private Spybrary Facebook Group.

Links, Books and Resources mentioned on Episode 48 of the Spybrary Spy Podcast

How to get started with Frederick Forsyth? These are the 4 Spybrary recommendations if you are new to his spy books. The Outsider is his autobiography but reads well and is a page turner.


The Day of the Jackal

The Dogs of War 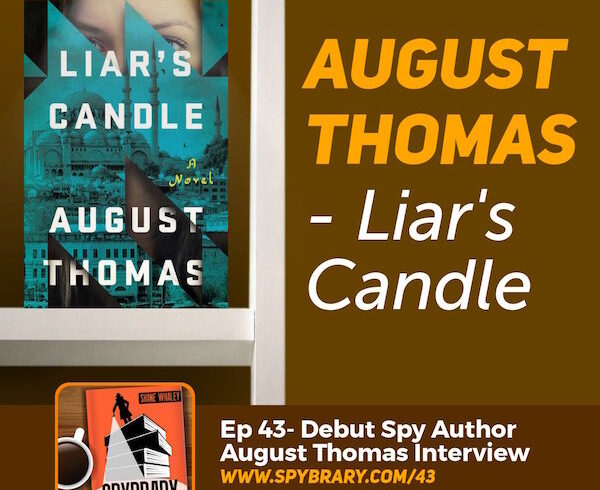