English journalist Michael Smith (Killer Elite and Foley the Spy Who Saved 10,000 Jews) has penned his first ever fiction novel. On this our 36th episode of the Spybrary Spy Podcast, host Shane Whaley talks to Smith about his new book No Man Dies Twice, what jobs he carried out working for British Intelligence, what he did at the BBC Monitoring Service and what spy fiction he enjoys reading today. Plus Much More! 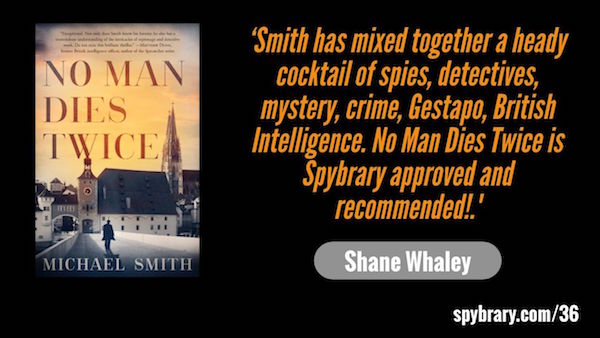 Set in Nazi Germany during World War 2, No Man Dies Twice follows a hard working detective (Ritter) who investigates a murder in the small Bavarian town of Rosenheim. The death is no ordinary killing and Ritter is determined to get to the bottom of it despite the local Gestapo efforts to stop him.

With evidence showing the body belonged to a member of the White Rose resistance movement this is no ordinary murder. Ritter is no supporter of the Nazi regime and risks his life to investigate the case.

“Riveting…Smith takes us into an area of wartime Germany we have rarely read about before.”
—Joseph Heywood, New York Times bestselling author of The Berkut and The Domino Conspiracy 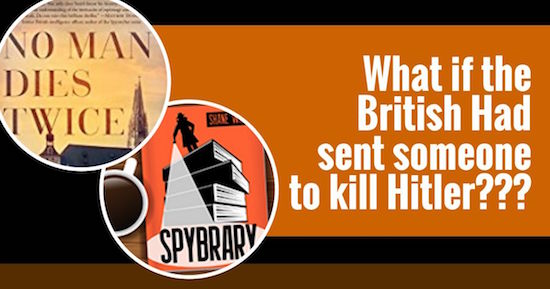 Not at all, No Man Dies Twice is inspired by records Michael Smith unearthed at the National Archives back in the 90s. The files concerned Operation Foxley – a British SOE (special forces) plot to assassinate the Fuhrer. Detailed preparations were made but the audacious plan was not carried out. But what if the British had sent someone to kill Hitler?

Read No Man Dies Twice to find out what Smith thinks might have happened. …Intrigued. You should be.

Smith who once listened in to East German Military Officers and Socialist Party officials, not to mention deliver intelligence to the British SAS as part of his day job has mixed together a heady cocktail of spies, detectives, mystery, crime, Gestapo, British Intelligence. No Man Dies Twice is Spybrary approved and recommended!


On Episode 36 of the Spybrary Spy Podcast Michael Smith reveals: