Brush Pass reviews? Remember them? I know it has been a while since we received any for transmission so I thought I would share my quick thoughts with you on Merle Nygate‘s The Righteous Spy.

Many of you will recall that we interviewed Merle Nygate on Episode 62. As fun and informative as that episode was, I feel I am always a better interviewer if I have read the guest's book. I know that many interviewers and chat show hosts can work from a synopsis but I like to dig deeper and give you the distinguished Spybrarian something a little more in each interview.

I finished The Righteous Spy last night and wanted to share my thoughts with you on this episode of the Spybrary Spy Podcast.

I enjoyed the book because it felt real. Here are just some of the quotes that resonated with me, you will hear why on the brush pass episode.

Eli strode past the small café where the gym bunnies hung out. As usual, he pulled in his gut.

Red Cap wouldn't be the first agent whose angry wife had phoned a home security service. The event was so common it was a cliché. They even had an expression for it: lichporkaki – angry shit-dropping bird.

Agents are liars, losers, fuck-ups, we all know that, but there’s a fine line between being unpredictable and being unmanageable.’

What exactly is a Brush Pass review?

These are first impression reviews sent in by Spybrary listeners and give us their first impressions of a spy book, spy movie or spy tv show soon after finishing it. We encourage all our Spybrary listeners to record their own brush reviews and send them in. Remember we are not academics here, Spybrary Spy Podcast is by spy fans for spy fans. (And we don’t always have to agree – vive la difference and all that.) 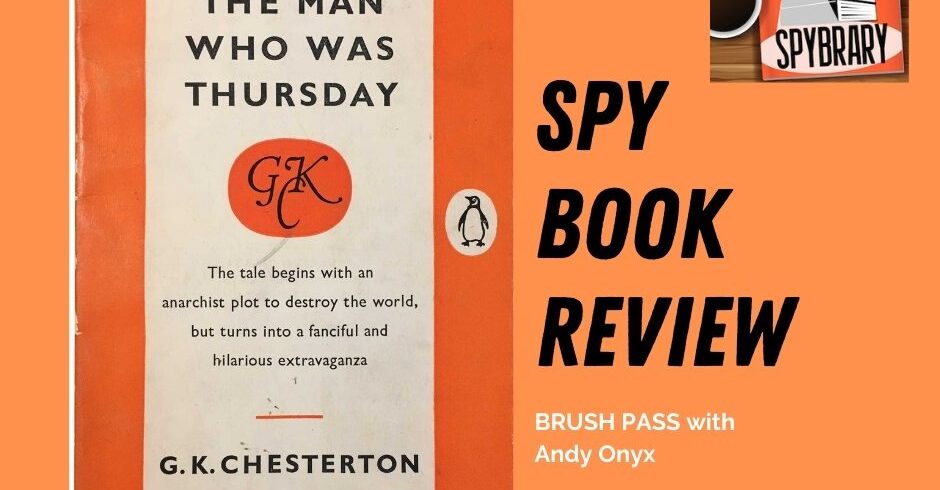