Guest Post by James Stejskal – James Stejskal is a retired Special Forces door-kicker who was recruited by the CIA as a spook. He spent 35 years in interesting places around the world before he decided to call it quits and became a historian, conflict archaeologist, and storyteller.

What is it that attracts a reader to a spy novel rather than a “special ops” thriller? I ask that question after seeing several comments on social media that seem to disparage the whole notion of a “spec ops” approach to writing.

Although generally, I understand that logic, “spy” novel readers will miss out on some great stories if they reject special forces types altogether. And since I’ve written several of the genre using my operational experience in both fields, I think mine is a fairly unique perspective.

The difference between spies and special ops

So, my first question is: what defines spy fiction versus “the men with green faces” action thriller? Is it the “pulse-pounding action” or “purposefully quiet, slow, downright claustrophobic austerity?”

I think subtlety must be one attribute. In most “spy” novels, the protagonist doesn’t need to kill all of his enemies with his bare hands or a grenade-launcher-equipped assault rifle that can shoot around corners in the dark. The “spec ops” warrior’s stock in trade is gadgets and knowing 101 ways to kill his nemesis. The spy gets someone else to do it.

Athletic ability might be another factor. A spy doesn’t need to parkour his way across Venice to catch the bad guy (although at least one ‘double-naught’ spy has been known to do so). George Smiley would be hard-pressed to keep up a five-minute slow jog, I think. On the other hand, your run-of-the-mill special forces operator does a 10K, two lattes, and a cigar before his afternoon triathlon… all barefoot.

Cerebral might be another quality. Spies tend to think problems through. Special Operators tend to solve them with bigger hammers.

Tradecraft. What is tradecraft after all? For a spy, it’s learning the craft of intelligence, how to find and steal your enemy’s secret information without his finding out. It’s about cover, how to look like one thing while being another (think chameleon). How to walk the streets and know whether or not you’re alone or inside a net of surveillance that is about to suffocate you.

It’s about security. Communicating with your assets and your headquarters without letting people know there is even a connection. That means knowing the mechanics of dead-drops, brush passes, brief encounters, and personal meetings. Soldiers don’t need that kind of stuff.

It’s knowing how to deal with a frightened, greedy, or recalcitrant agent. How to calm them down and get them back on track — or sometimes — when to cut them loose.

Spies have a low-key demeanor and a conspiratorial nature. Spying is about patience. Years of it. Soldiers have op plans and precise schedules. For spies, nothing is rushed. If it’s rushed, it’s already too late (except when a ticking nuclear weapon is involved and then all bets are off).

Without digressing into the stories of the lone special ops soldier gone bad or the one who lost his memory in a fight, soldiers work in close-knit teams that require much more trust than spies can manage. Spies tend to work alone. Spies trust no one and rely on their wits. Soldiers train to fight as a team—that’s their strength.

Why soldiers are different than spies

Soldiers are different than spies. What soldier needs to know how to be clandestine? They are overt, they can be seen. They bust through doors, kick butt and ask questions later. They kill them all and let someone else sort them out. Spies work in the grey zone; soldiers in black or white.

Rarely does one hear a soldier referred to as a smooth operator. Rarely.

The case for spy brains and spy brawn

But what if I told you a story about soldiers who had to be both warriors and spies? Who had to know what tradecraft meant, had to speak a foreign language (or two), who might not be able to do a marathon but could hold their own at a diplomatic event while knowing what wine they are drinking?

There were (and still are) such animals. I’m not talking about Putin’s “little green men” or khaki-wearing, tattooed ex-commandos with business cards, but real-live soldier-spies. The Brits have them, and so do the Americans, the Israelis, and most countries that understand the game…

42 years ago, on the night of 24/25 April 1980, the United States military launched one of the most audacious rescue plans ever attempted. Called EAGLE CLAW, the operation didn’t go as planned and was aborted deep inside Iran at a place now known as Desert One. Eight lives were lost that night.

But before that happened someone had to sneak into Tehran to collect the intelligence, find the hostages, and risk their lives to prepare the way for the rescuers. They were soldiers, part of a little-known army unit that was trained both as Special Forces operators and intelligence officers (aka spies). Armed only with their training and immaculate covers, they penetrated Tehran’s borders on multiple occasions. For days they crisscrossed the city to gather the information needed to carry out the operation — even to determine whether it could be pulled off. They conducted clandestine meetings with support agents, took photographs of the targets, and met with Iranian officials to complete their mission.

In the end, they were almost compromised by a careless individual in the Pentagon who revealed their existence inside Tehran. If they had panicked, they probably would have been captured and shot as spies, which they were.

It’s not a comforting feeling knowing no one will rescue you and you have no gun to whip out to shoot the bad guys. They appeared to be “civilians” and were told the US Government would disavow them if caught. Just an ignominious end awaited.

Their training and “cool” saved them. They got out to fight another day.

So is it a spy story or a special forces story? Again, maybe both. I don’t think there is a good way to categorize it. All I know is the story is true. Or mostly true, depending on if you read the non-fiction version of the novel.

So give those Special Forces / Special Ops thrillers a read because there might be more “spy” between the lines than you realize.

Spybrary founder Shane Whaley asked me for some suggestions. So to start, consider Alistair Maclean’s Where Eagles Dare but maybe take a look at Nelson & Alex DeMille’s The Deserter…

What do you think? Do you prefer to read espionage stories with a George Smiley or a Scott Harvath? Or maybe you prefer the Gray Man over Harry Palmer? Or like, James do you enjoy both subgenres?

Let us know over in our Spybrary community.

Among others, James Stekjskal is the author of Special Forces Berlin: Clandestine Cold War Operations of the US Army’s Elite, as well as the novels  Appointment in Tehran, A Question of Time, and Direct Legacy, all part of The Snake Eater Chronicles.

Check out our interview with James Stejskal on the Spybrary Podcast 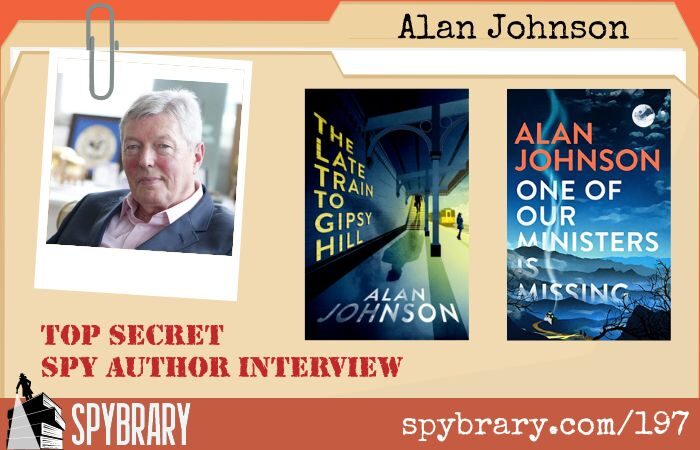 This week we welcome the former Home Secretary and best-selling author Alan Johnson to the Spybrary...Read More
Shane Whaley 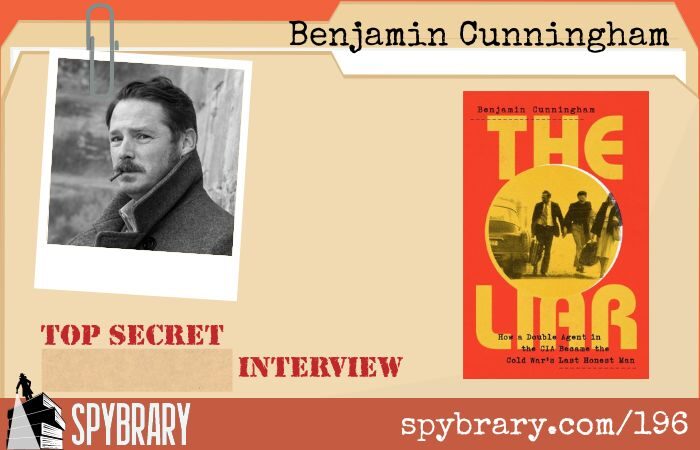 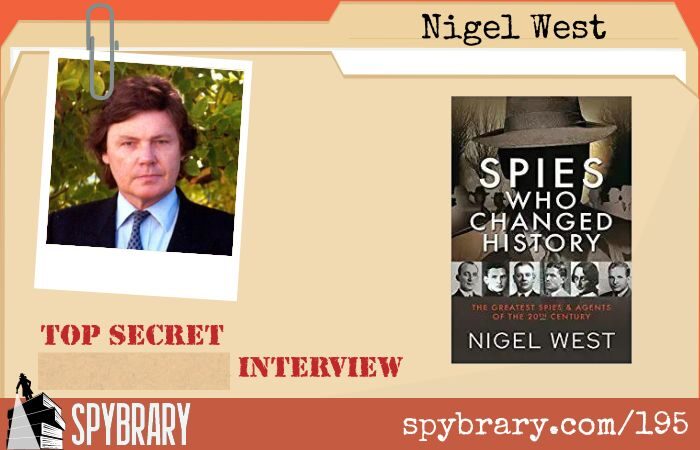 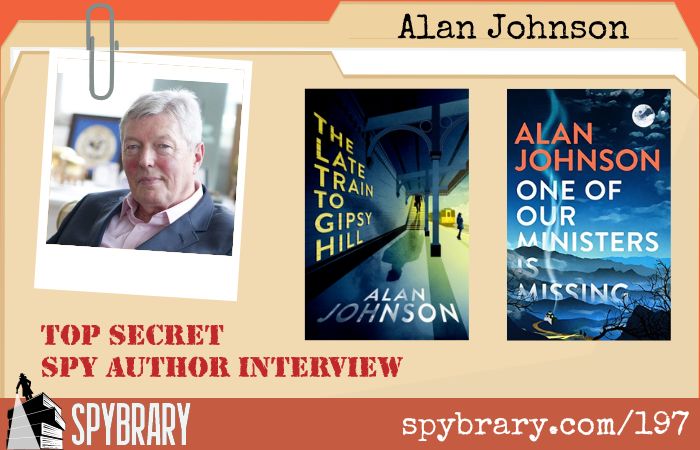 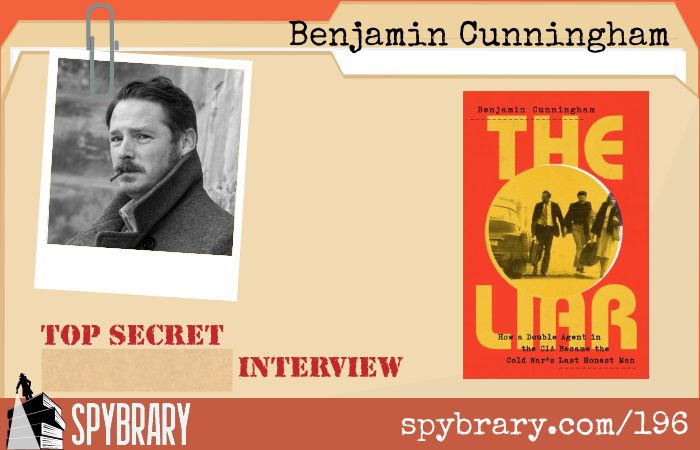 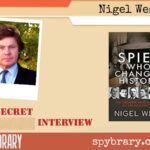